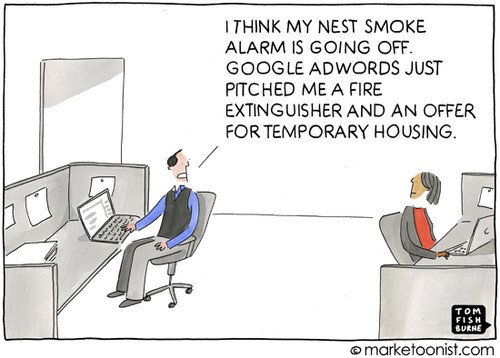 “The Internet of Things has the potential to change the world, just as the Internet did. Maybe even more so,” Kevin Ashton.

The ‘internet of things’ is a catch-all term for the growing connectivity between people and their increasingly networked consumer trappings. The buzz surrounding it has been as inescapable as its detractor’s claim the reality of the concept will soon become. As coverage lurches from the sensational to the farcical, “Smart refrigerators turned evil?” and “hacked pillboxes make granny eat more drugs?” one might be forgiven cynicism. However, in light of the fact that the number of connected devices is forecasted to exceed 200 billion by 2020 (IDC), we suggest that this would be a mistake.

At this year’s Consumer Electronics Show, manufacturers touted everything from internet enabled toothbrushes to slow cookers and refrigerators, and for the first time we saw the ‘internet of things’ played out in full effect. Its applications extend well beyond consumer gadgetry though, many of our clients are spearheading ground breaking new tech which is subtly changing the way we live and do business. From machine to machine communications to mHealth solutions, businesses are making us safer, healthier and wealthier.

The rise of networking in our everyday lives has a number of repercussions for marketing. It is changing the way marketers work and how their customers behave. At the centre of all of this is the customer journey. Increasingly, purchasing behaviour does not sit within a neatly defined recognition-to-evaluation lineation but instead over the entire working life of a product and a consumer’s interactions with it. Everyday objects are becoming distribution, communications and reporting channels.

Where once we might advertise through one channel, in the hope that a consumer might purchase through another, so we might conduct research on that consumer through yet another, we can now do all of this on the same device. This is not new of course; in fact it dates back to the telephone, but the proliferation across multiple devices and the connectivity that now exists between devices is. Even advocacy is now automated, from the car stereo that links to Facebook, to the tooth brush that tweets your dental hygiene habits (yes, really), manufacturers are now creating products with evangelism built in.

The internet of things will change the way we approach marketing. But we needn’t lose sleep, these changes, while they might seem radical, are simply a reflection of a world in which the virtual and the physical are becoming ever more indistinguishable. This is a shift that Gilroy was acutely aware of, when in 2012 Brightsparx and Gilroy merged to form who we are today. We have removed the digital-conventional divide, for those agencies who have not yet done so; the train may have already left the station.